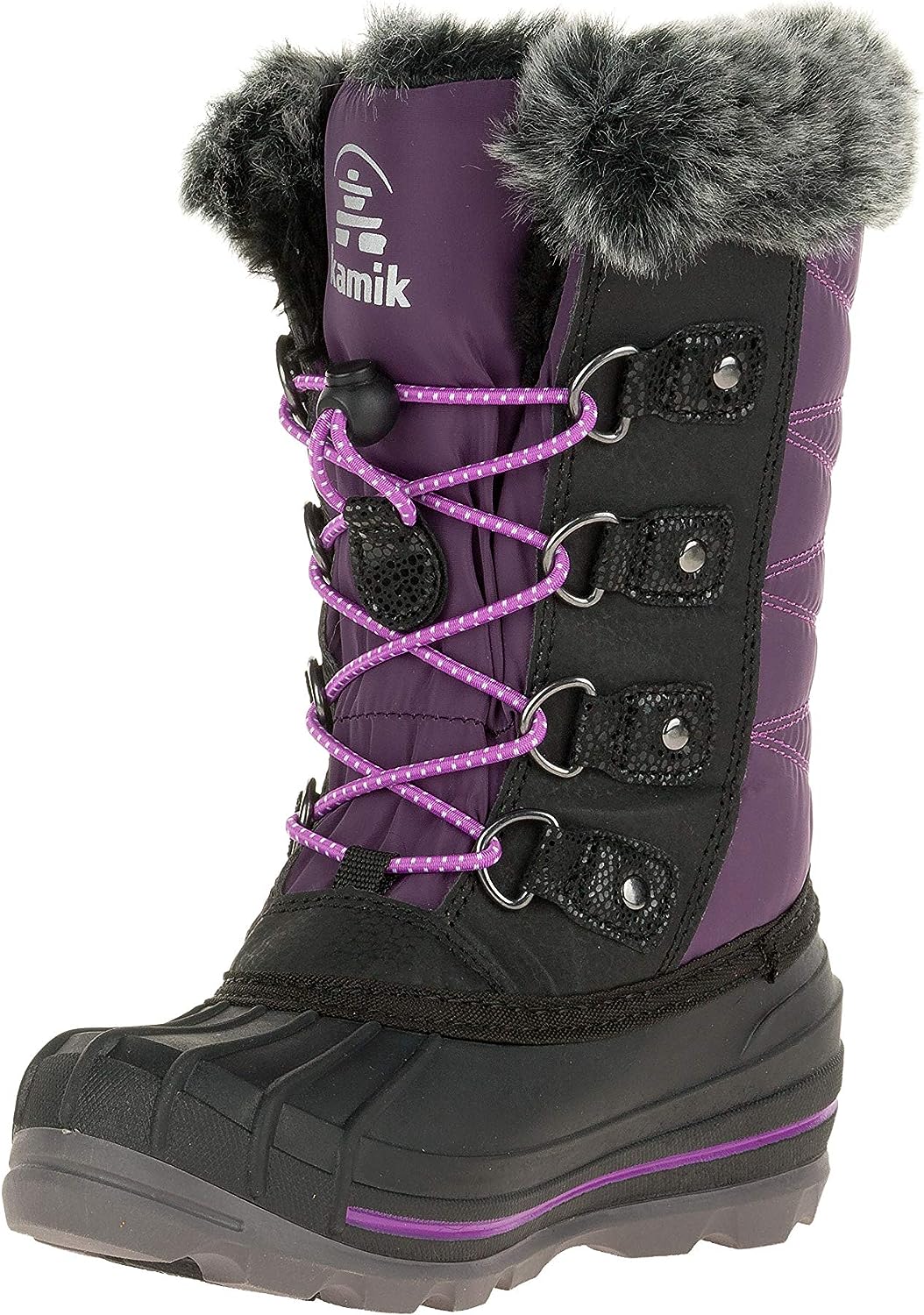 With 3M Thinsulate insulation and waterproof seam-sealed construction, our Frostylake winter boots are prepared for those “Brrr” temperatures. Given they’ll want to perfect their snow forts past dark, you’ll be glad to know that NiteRays reflective patches add to their visibility. These girls’ snow boots feature an Easy-Grab Lace Lock, for a snug fit that keeps snow out.